Nic Nat gets the last laugh

Horse breaks down in Melbourne Cup

Nic Naitanui managed to get the last laugh today, after West Coast defeated Adelaide by 33 points in Brisbane.

O’Brien claims a broken iPhone is to blame for the following game notes being leaked. 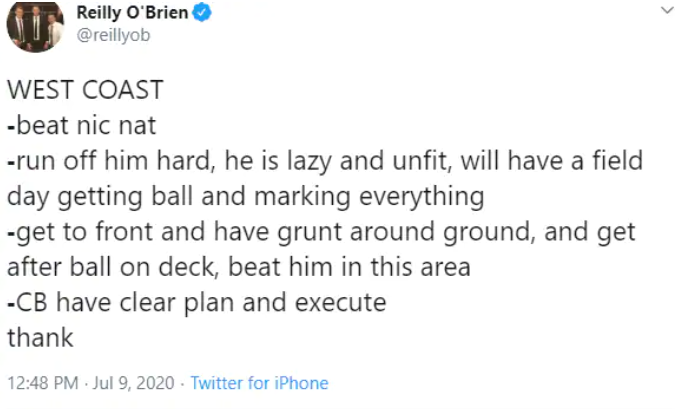 After the game, Naitanui managed to lighten the mood and handed O’Reilly a new iPhone.

Naitanui commented on radio after the game that he knew the tweet was meant for motivation, and not as a direct dig at him.

“It’s a better phone than I’ve got. He’s a good fella, he was over the moon.” Naitanui told ABC Grandstand.

West Coast have even more to celebrate after the win, as they are now heading home after 5 weeks in the Brisbane hub.