It is the herb that divides a nation.

Some people love it. Other people would rather starve than eat it.

Arnott’s have ‘released’ a new flavour that has got the internet talking! 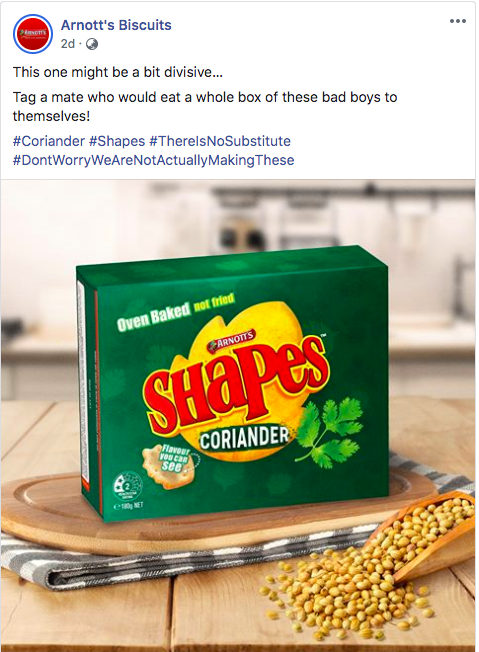 Arnott’s reassured the haters that this is just a joke. Some people were quite keen to try the new flavour.

Our question is this: Would you try Coriander Flavoured Shapes?

Leave your answer in the comments!